The Government set out its definition of British values in the 2011 Prevent Strategy, and these values have been reiterated this in the DFE publication: ‘Promoting fundamental British Values as part of SMSC in schools.’ (Nov 2014).

At Holy Cross all subject areas make an effort to regularly reinforce these values but due to their nature they are most actively promoted through whole school and year assemblies, the pastoral system, tutor time and the subjects RE, PSHE, and History in particular.

During PSHE the students are taught respect for democracy, how it works in this country and encouraged to participate in the democratic process.

In light of the election PSHE, registration and assembly time were given over to a General Election campaign and students had the opportunity to vote in the Holy Cross election on May 7th 2015. This year, in March 2022, we worked with Achieving for Children to engage with the Kingston and Richmond Youth Council. Four candidates were up for election and all were successful. The whole school was invited to apply and everyone had a vote. During this time we talked about democracy and students were invited to complete surveys about important issues.

In History they make comparisons between the electoral system of the 19th Century and the present day and have to run their own 19th century election campaign.

There are many opportunities for the students’ voices to be heard within the school community.

The KS3 Leadership Team meets regularly to discuss issues raised within their tutor groups, the Form representatives to this body are elected by the students of each tutor group.

The Sixth Form have hustings for the appointment of the Head Girl and Senior prefects, the students views are elicited, these and the views of the staff and the interview panel feed into the appointment process.

As a school we are a member of the Jack Petchey ‘Achievement Award Scheme’, this provides students with the opportunity to vote for students who have made great achievements not just inside but also outside of the classroom. The students elected to receive the award can then decide what the money will be spent on. Previous winners have bought chairs for the 6th Form Learning Zone, materials for the memorial garden and interactive science models.

Annually Year 10 also takes part in the Jack Petchey ‘Speak Out Challenge’ this is the largest speaking competition for young people in the world. The students have the opportunity to talk openly and honestly on any subject they feel strongly about. Every student participating receives up to six hours of training in the skills of public speaking and effective communication from professional trainers. Last year one of our students was runner-up in the Kingston Borough Final and this year one of our students won the Kingston Borough Final and will go through to compete in the regional Final.

We do these things because we want to help young people raise their aspirations, believe in themselves and make a contribution to their society.

The Rule of Law

The importance of laws and rules are consistently reinforced throughout the students’ time in school, as well as when dealing with behavioural issues and through school assemblies. We address and discuss laws/rules that govern the class, the school and the country through assemblies, tutor time and in lessons.

Pupils are taught the value and reasons behind laws, that they govern and protect us, the responsibilities that this involves and the consequences when laws are broken. Through the PSHE programme, year/school assemblies and tutor time students are taught to distinguish right from wrong and to respect the civil and criminal law of this country. Visits from authorities such as the Police, Fire Service and Nurses help reinforce this message.

In History students learn about how laws develop over time e.g. The English Reformation during the time of Henry VIII and the subsequent issues that it created during the course of English History up to the Act of Union in the 18th century.

Our behaviour policy is clearly stated in the school diary and establishes a clear use of rewards and sanctions, students are encouraged to behave positively by all staff and this is reinforced by the pastoral system and through the assembly programme.

Within school, pupils are actively encouraged to make choices, knowing that they are in a safe and supportive environment. As a school we educate and provide boundaries for students to make informed choices.  Pupils are encouraged to know, understand and exercise their rights and personal freedoms and are advised how to exercise these safely, for example through ICT lessons and PSHE lessons where the issues of ‘Risky Behaviour’ are addressed through the curriculum students examine the dangers in the outside and online world and how they can avoid them. There are a wide range of extra-curricular clubs and trips that the students may attend; by participating in them we are enabling them to develop their self-knowledge, self-esteem and self-confidence outside of the traditional school day.

The school was established over 80 years ago by the sisters of the Holy Cross and is inspired in all its work by the mission established by the founders of the school.

Our Faith and our Mission is at the heart of all that we do
We are the children of God and, in the spirit of St Francis and Mother Bernarda,
We aim to create a happy family environment in which all may grow.
In faith, hope and love for God, in love and respect for one another and the world around us, in learning and wisdom so that we may live life to the full  and joyfully share this life with others, especially those who are in any way disadvantaged

Mutual respect is at the heart of our values. Students are encouraged to accept responsibility for their behaviour, show initiative and to understand how they can contribute positively to the lives of those working in the locality of the school and to society. Students do this through their year groups and tutor groups, at harvest time supporting the Manna Society, for Valentine’s Day providing a party at a local old peoples’ home. During Lent the students raise money for Street Child Africa, the Holy Cross Sisters in India and Breast Cancer awareness. This year extra fund-raising events were held for charities supporting Ukraine refugees as well as a whole room full of donations of essential items. Students are also encouraged to reflect on their beliefs during the 6th Form Faith in Action Day, the Year 8 day retreat and the Year 7 Camping retreat.

We annually send a group of 6th Form students to work in orphanages in Pattaya in Thailand and at The Refugio in Portugal they share their experiences with the school community through assemblies. They raise money to take with them to improve the lives of those in the orphanages.

The Sixth Form run a ‘buddying’ programme whereby girls in year 7 are paired with a ‘buddy’ in the Sixth Form who they can go and talk to whenever they wish.

On a weekly basis students from each tutor group contribute to their year assembly presenting topics promoting Christian values.

Tolerance of those of Different Faiths and Beliefs

We enable students to appreciate and respect their own and other cultures through school/year assemblies, the PSHE programme.

In RE Students study not only Catholicism but Judaism, Hinduism, Buddhism, Sikhism and Islam.

In History students look at how different faiths and beliefs change over time, as part of their holocaust studies they visit a synagogue.

We encourage students to understand and embrace the differences between different cultures whilst recognising that we are all citizens in the same country/world.

We run Spanish/French exchanges so that the students can experience the life/culture of other countries and as previously mentioned our links with Street Child Africa, the Holy Cross Sisters in India and the links that we have developed with the orphanages in Pattaya, Thailand.

Whilst we promote British values within the school community we reserve the right to actively challenge pupils, staff or parents expressing opinions contrary to fundamental British Values, including ‘extremist’ views. We have Equalities and Cohesion Policy, encompassing Disability, Race and Gender that has been ratified by the governors, this policy recognises and respects diversity, clear guidance is given about how to deal with prejudice related incidents.

All staff are expected to:

• Promote an inclusive and collaborative ethos in their classroom.
• Deal with any prejudice-related incidents that may occur.
• Identify and challenge bias and stereotyping in the curriculum.
• Support pupils in their class for whom English is an additional language.
• Keep up-to-date with equalities legislation relevant to their work.

Holy Cross will work to protect and promote the rights of disabled people by: 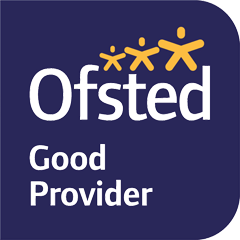